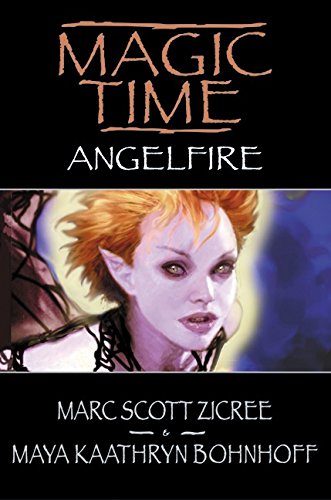 In Zicree () and Bohnhoff's () engrossing sequel to last year's , Cal, Colleen, Goldie and Doc continue their quest for Cal's sister, Tina, a captive of the magical Source centered in Chicago. They journey from New York through a contemporary America where magic has wreaked havoc and come across the Preserve, where they recruit half-Lakota musician Enid Blindman, who can defend humans against the creations of the Source. In Chicago the company has to try freeing Enid from the Primal, the local supernatural presence, who turns out to be a golem under control of another formerly human minion of the Source. And so the quest goes on—which most readers will consider good news, as this is an intelligent variation on the quest theme as exemplified by Stephen King's . The story doesn't repeat itself; the characters grow (witness the relationship emerging between the ferocious army-brat survivalist Colleen and nurturing Chernobyl survivor Doc Lysenko); and the ultimate secret of the Source is sufficiently well hidden that several more volumes seem logically justified. The book doesn't escape the current saga-mongers' problem of losing some emotional impact for new readers, but the series will probably win a strong SF/fantasy following as long as future installments keep up the high quality.