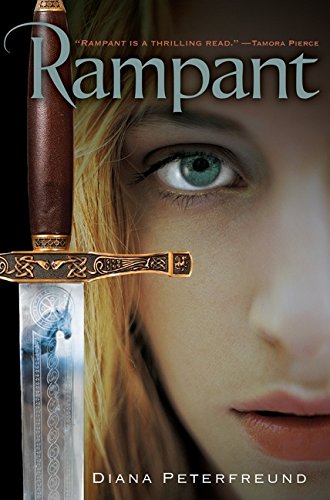 This compelling new adventure, Peterfreund's ( ) YA debut, introduces an international cast of strong young women, virginal descendants of Alexander the Great, who hunt an unusual breed of monster: unicorns. Sixteen-year-old narrator Astrid Llewelyn never believed her mother's stories about unicorns—portrayed as bloodthirsty, venomous and near impossible to kill—until one impales the boy she's seeing. Sent to Rome (unwillingly) to train with other huntresses in response to the “Reemergence” of the supposedly extinct creatures, Astrid makes new friends and enemies, hones her powers and finds time for a little romance, while coming to grips with her new life (“Forgive me if enforced lifelong celibacy and possible death by dismemberment and poisoning don't exactly get me excited,” she gripes). But she soon suspects (as will readers) that the war against the unicorns isn't so cut-and-dried. With an atmospheric setting, personable ensemble cast and some reasoned discussions about virginity, this gripping page-turner evokes the same grrl-power spirit as , packed with action, mystery and a complex and intriguing mythology. Ages 12–up