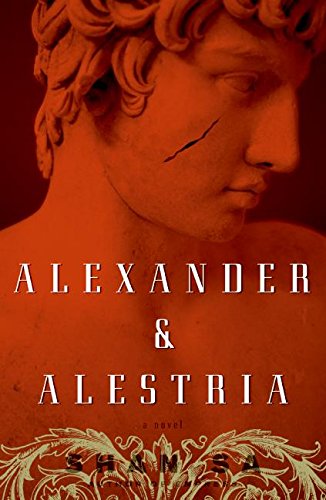 An epic fictional romance between Alexander the Great and an Amazon queen drives the latest from Shan Sa ( ). As a boy, Sa's Alexander is abused by his father, King Philip of Macedonia. Alexander grows into a cruel and narcissistic youth with an unquenchable thirst for revenge. His political ambitions blossom under the tutelage of Aristotle, and after his father's assassination, Alexander sets off to conquer Greece, Persia and Egypt. When he meets Alestria, the young queen of the Amazons (a mythical tribe of nomadic, male-spurning female warriors from the eastern steppes), he has perhaps met his match in love and war. Told in the extravagant voices of Alexander and Alestria, and of Alestria's protector and confidante, Ania, there's little subtlety in this sweeping, heroic romance. But strewn amid the pageantry and clamor are fascinating details about Alexander's world and about the legendary Amazons, who, if they existed at all, might have been his contemporaries—and equals.