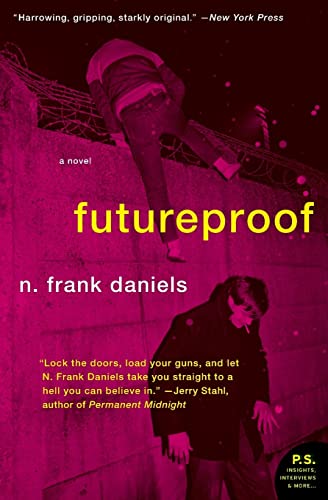 Daniels's resolutely grim portrayal of “the unclassified the oversimplified the target market the failing demographic” early to mid-'90s first surfaced on Myspace and became something of a self-published hit. The “loosely autobiographical” narrative follows the tormented young Luke, a white kid with dreads who clings to a tattered copy of throughout his passage from grungy teen to father of a “very fragile, sick little boy.” Saddled with a miserable home life, Luke attends Peckerbrook High and finds solace with fans, Nirvana freaks (who go into shock when Kurt Cobain kills himself), booze and drugs. He drops out and holds a series of dead-end jobs, gets high and prowls for girls, but manages, by the end, to learn how to “live again.” Though Daniels's prose often feels too self-satisfied, his characters' misanthropic adventures will speak to disenchanted youth.