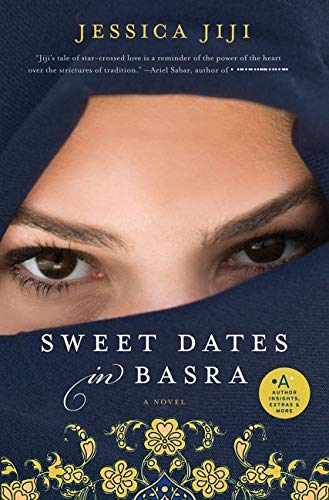 Jiji ( ) explores the ties that bind and break family, friendship, and love in 1941 Iraq. Heartbroken that her family won't allow her to marry at 13 and be “ushered to the protection of a new home under the guard of a stern husband in the dewy marshlands north of Basra,” Kathmiya Mahmoud is sent to work as a maid in the city of Basra, where her frequent visits to marriage brokers turn up no prospective husbands. Kathmiya begins fantasizing about Shafiq, her mistress's younger brother, and though the attraction is mutual, there's a massive cultural divide between his Iraqi Jewish family and her identity as a Marsh Arab. This chaste historical romance is densely populated and has trouble finding its way through a thicket of subplots, but the cultural perspective and setting are a nice break from the wartime norm, as is the unexpected ending.