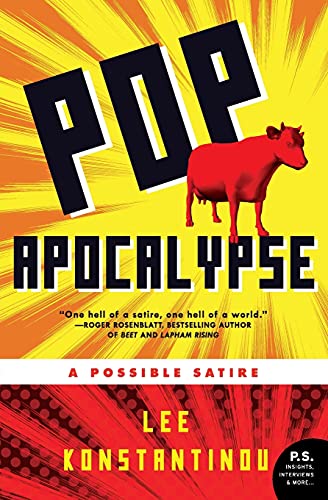 A wastoid playboy gets sucked into a funny and paranoid near-future misadventure in Konstantinou's entertaining debut. In the near future—the 2000s are vintage but not forgotten—the Internet has evolved into the mediasphere, which allows lives to be followed so closely that names are traded like stocks on a Reputations Exchange. Eliot Vanderthorpe Jr. is a longtime screwup, the high-profile party-animal son of Eliot Sr., who runs the company behind the mediasphere. After Eliot Sr. takes his son's name public as a way to control his erratic behavior, the younger Eliot hooks up with a branding expert who attempts to drive up his IPO. Soon enough, Eliot discovers another Eliot living in the off-limits Occupied Zone of Northern California. Things get very crazy very quickly once Eliot sets out to confront his doppelgänger, and the conspiracy he uncovers has a very long, twisted reach. This playful and witty novel takes our celebrity-obsessed and media-hijacked culture, mixes in geopolitics and a dash of cyberpunk dystopia to create an intelligent and blistering what-if.