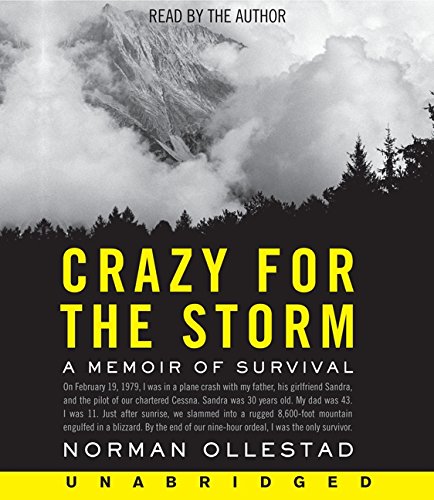 Crazy for the Storm

Ollestad's memoir intersperses his harrowing childhood trauma as the sole survivor of a plane crash that killed his father with his coming of age in the '70s West Coast culture of surfing, skiing and skateboarding. A competent and engaging narrator, Ollestad evokes emotional intensity without descending into sentimentality and creates memorable portraits of his heroic father and his mother's abusive boyfriend. Granted, Ollestad presents his 11-year-old self as a tad more introspective and worldly wise than one might expect, but as the adult Ollestad reflects on how he was shaped by the hard-living, extreme sports culture of his family and community, the essence of a young man forced to grow up too quickly rings true.