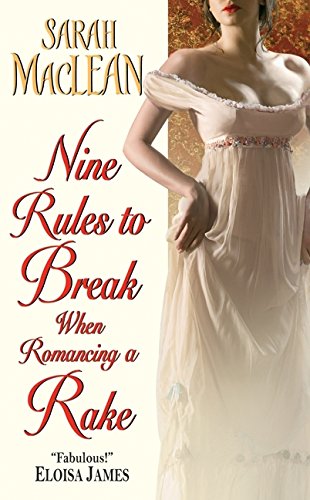 Nine Rules to Break When Romancing a Rake

Combine a few tried and true romance tropes, like the wallflower spinster and the jaded rake, with some improbable but amusing misadventures, and you have the makings of an entertaining Regency debut. Lady Calpurnia Hartwell, a plain but wealthy 28-year-old who refuses to marry a man who only desires her fortune, acts on a long-held crush and flings herself at Gabriel St. John, marquess of Ralston. Gabriel finds her antics more amusing than enticing, but his half-wild half-sister needs an impeccable chaperone and he chooses Callie for the role. Their proximity creates an infinite series of opportunities for the rake to practice his wiles on the more than willing wallflower. The 19th-century clothes are luscious, the 21st-century sensibility is raunchy, and it’s all implausible, escapist fun.