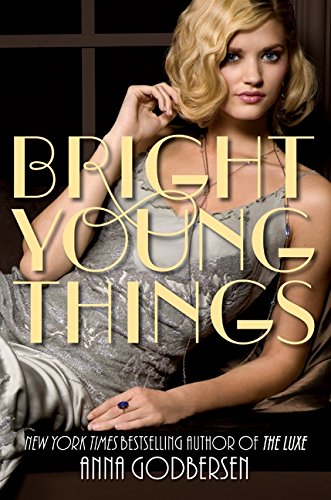 Godbersen (the Luxe series) proves that some things—namely the allure of cities, fame, and a good time—never change, melding drama and a lush historical setting in this series launch, set in 1929. Cordelia and Letty were meant for more than Union, Ohio, will ever offer, so they run away to Manhattan—just hours after Cordelia's wedding. Cordelia hopes to reunite with her famous and wealthy father, bootlegger Darius Grey, and Letty dreams of stardom. Shortly after arriving, the two best friends have a falling out; Letty becomes a cigarette girl at a famed Manhattan speakeasy, while Cordelia finds her way to her father's mansion, where she meets society girl Astrid, who is dating Cordelia's half-brother, Charlie. Handsome men and romantic intrigue abound as these flappers party their way through society, even as inevitable falls loom ahead. Godbersen excels at dialogue—especially Cordelia, Letty, and Astrid's coyly flirtatious responses to suitors—and in capturing the mixture of exhilaration, innocence, and guts that propels them into their new lives. Ages 14–up. (Oct.)
close
Details