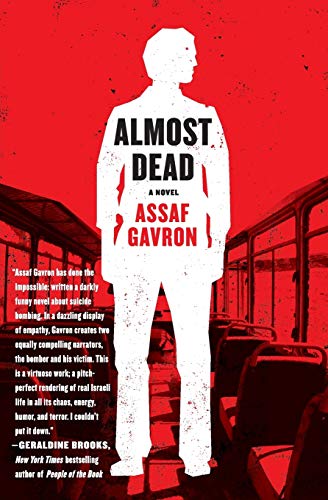 Israeli author Gavron offers an unusual perspective on Palestinian suicide bombings in this offbeat, often satirical political thriller. While riding a bus one morning, Eitan “Croc” Einoch, who works for a Tel Aviv consulting company that helps clients save money by teaching them ways to shave seconds off customer-service calls, tries to reassure fellow passengers that a suspicious-looking man isn't a terrorist. Soon after Croc gets off the bus, the man explodes a bomb. When Croc survives two more terror attacks, he becomes a celebrity, a nationalist symbol of defiant survival. While Croc looks into why one of the victims was on the bombed bus, a Palestinian bomber hospitalized in Jerusalem, Fahmi Sabich, plots his revenge. Without resorting to moral relativism, Gavron ( ) sheds light on the region's intractable conflict by allowing readers to relate to Fahmi as well as Croc.