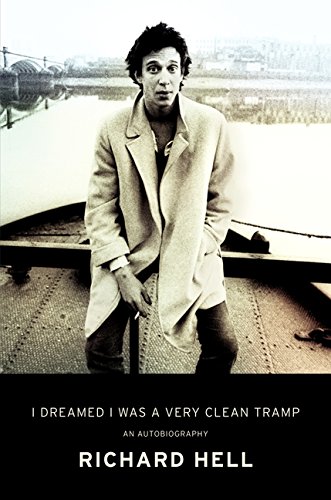 I Dreamed I Was a Very Clean Tramp: An Autobiography

Hell's fashion style—torn clothing and the ubiquitous safety pins, spiked hair—and the protopunk music of his bands Television and the Heartbreakers, influenced numerous early punk rockers, such as Sid Vicious of the Sex Pistols. Hell brings his searingly honest songwriting style to this candid and page-turning memoir of his life, from childhood until the end of the 1970s. Hell takes us on a journey through his youth in Lexington, Ky., his boredom with school, his attempts at running away, his to move to New York in the 1970s, and his struggles with drug addiction. Hell recalls that when he started having a band in the late 1960s, the Rolling Stones, Bob Dylan, and the Kinks provided what excited him most in music: "It was fast, aggressive, and scornful, but complicated and full of feelings." He recounts seeing Patti Smith for the first time and being blown away by performances that were seductive and funny; she was like a "bebop artist… off to a whole other plane beyond the beyond." Hell's memoir spills over with recollections of his times with Andrew Wylie, Sid Vicious's girlfriend Nancy Spungen, and rock critic Lester Bangs. In 1976, the Voidoids debuted at CBGB; the following year, Hell descended into drug addiction. Hell's refreshingly candid portrait of the artist searching for himself offers a glimpse into his own genius as well as recreating the hellishness and the excitement of a now long-gone music scene in New York City. (Mar.)
close
Details