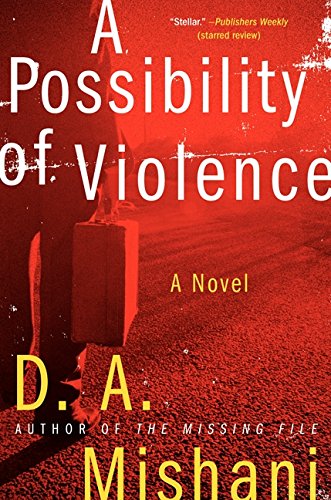 A Possibility of Violence

The scars from Israeli Insp. Avraham Avraham’s last case, recounted in Mishani’s 2013 series debut, The Missing File, are still affecting him in this stellar sequel. With his squad at less-than-full strength, Avraham returns to duty even before his official first day back. In the town of Holon, someone left a suitcase outside a day care center containing a fake bomb. Amos Uzan, an ex-con, was picked up shortly after the suitcase was discovered, based on an eyewitness description, but Avraham’s interrogation doesn’t garner enough evidence to detain him. The inspector’s focus shifts instead to Chaim Sara, a caterer, who had a son at the center. Sara argued with the woman in charge of the center, Chava Cohen, after his child came home with some suspicious injuries. Sections from Sara’s perspective make clear that he’s hiding something, but the truth is, as in the earlier book, far from straightforward. Mishani makes good use of his study of the genre to create another psychologically complex case, in the process deepening his lead character. Agent: Marc Koralnik, Liepman Agency (Switzerland). (July)
close
Details