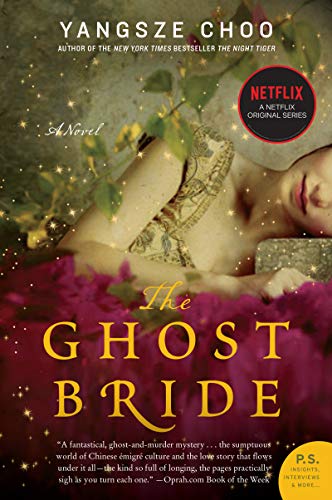 In her debut novel, Choo tells the unlikely story of a young Chinese woman who marries a dead man. No, this is not a tale of vampires or zombies, but of an ancient custom among the Chinese in Malaysia called “spirit marriage.” Set in 1893 colonial Malacca, the novel follows 17-year-old Li Lan, who, like other young women her age, hopes for a lucky and prosperous marriage. The wealthy Lim family’s proposal seems to be a great stroke of luck—until Li discovers that their son, Lim Tian Ching, is already dead, stricken by fever months ago. Li’s father refuses the offer, but even the prospect of marriage forces her to confront the fact that she and her father are in danger of losing the comfortable middle-class life they once enjoyed. Madam Lim presses her case during the day, Lim Tian haunts Li’s dreams from the afterlife, and she pines for another suitor altogether—Lim’s cousin Tian Bai. When Li falls ill, she plunges into the world of the Chinese afterlife, complete with ghost cities, servants, and its own bureaucracy. Choo’s clear and charming style creates an alternate reality where the stakes are just as high as in the real world, combining grounded period storytelling with the supernatural. Agent: Jenny Bent, Bent Agency. (Aug.)
close
Details