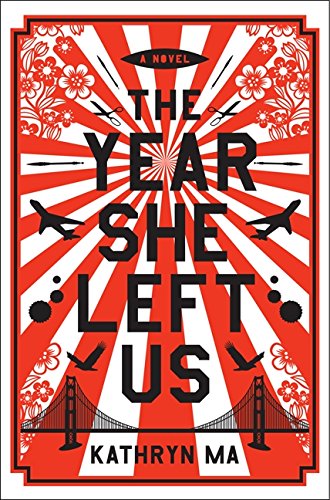 The Year She Left Us

Ma’s first novel is a sweeping success—a standout from the many novels about Chinese assimilation and the families of Chinese immigrants—with a fascinating protagonist with a troubling past. Ari, age 18, is one of the “lost daughters of China”; she’s been brought to America by her single mom, Charlie. Ari is a “Whackadoodle,” a member of a group of adopted Chinese girls in the San Francisco area, but unlike them, her mother and family are Chinese (most of the other girls are adopted by white families). While Ari looks like her new family, nothing else about her fits easily in place. Early on, the book hints at a trauma that later becomes visible when Ari’s growing despair manifests itself as self-inflicted violence; her disconnection from herself is horrifying, especially since Ma implies that not all losses can be recovered. Meanwhile, the mistakes that haunt Charlie’s mom and Ari’s grandmother, Gran, are as affecting as those that haunt Ari; while Ari searches for value in her own life, Gran must make decisions with lasting repercussions, in addition the decisions of her past that continue to haunt her. As Gran says, “She has a future of mistakes ahead of her. I am old. My mistakes are all behind me.” This is a family saga of insight, regret, and pathos, and it is not to be missed. [em](May) [/em]
close
Details