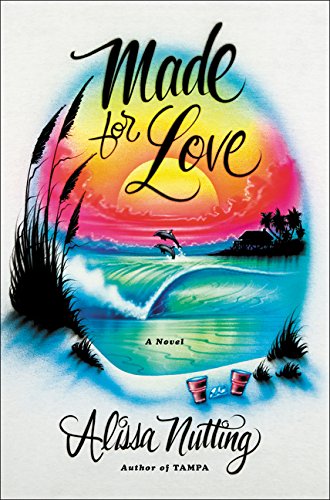 As she did in Tampa, her first novel about an eighth-grade teacher’s affair with a student, Nutting deftly exploits the comic potential of perverse attachments, here to sex dolls, aquatic mammals, and technological devices. Readers of Dave Eggers’s The Circle will be familiar with Nutting’s caricature of an ominous and ubiquitous technology giant, Gogol Industries, though this cautionary tale packs the profane punch of satirists like Carl Hiaasen. The story begins after a woman, Hazel, has fled her controlling husband, Byron, a cold-blooded, germaphobic, and distinctly un-Byronic tech titan who “treated his electronics like lesser wives.” Hazel takes refuge in her father’s trailer park home, vastly different from her former lodging, “the Hub,” Byron’s sterile compound that is at once a prison, spa, and hospital. Living with her father and his recently purchased sex doll, Hazel hopes to avoid Byron’s near-omniscient gaze and forge a new, unsurveilled, and thrillingly unhygienic life. Elsewhere Jasper, a handsome hustler whose two great joys are “sex and conning people out of money,” has a bizarre encounter with a dolphin, kindling in him an unquenchable cross-species desire. Though Jasper’s zany plot strand eventually ties into Hazel’s story and touches on relevant themes of anonymity and objectification, it never fully works. Nonetheless, the novel charms in its witty portrait of a woman desperate to reconnect with her humanity. (July)
close
Details