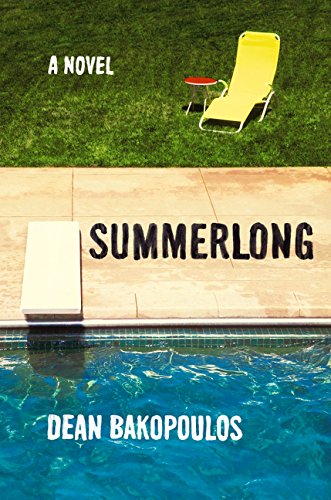 Bakopoulos (Please Don’t Come Back from the Moon) trades in urban angst for smalltown discontent in this novel, which begins on a late-spring evening in Grinnell, Iowa, when married father of two, Don Lowry, comes across sexy and suicidal Amelia Benitez Cooper (called ABC); meanwhile, his wife, Claire, a one-time novelist, meets itinerant actor Charlie Gulliver. Recent returnees to Grinnell, ABC is mourning the death of her lover, Philly, and Charlie is going through his mentally incapacitated father’s papers to find the novel he once wrote. ABC was one of the elder Gulliver’s favorite students. As the summer temperature rises, the Lowrys decide to separate. Claire and the kids move in with Charlie, and Don moves in with ABC and the elderly woman she cares for, Ruth Manetti. In a last-ditch attempt to save their marriage, Don suggests to Claire that they go through with their annual family vacation at a friend’s cabin on a lake in Northern Minnesota. Charlie, ABC, and Ruth are also along for the ride, as the story becomes a kind of American middle-class homage to Ingmar Bergman’s Smiles of a Summer Night. Although the ghosts of Cheever and Updike hover overhead, Bakopoulos is very much his own writer, and it is his distinct humanity and sense of humor that make this story so emotionally rewarding. This is that rare, contemporary suburban novel with characters the reader can actually embrace in spite of their many flaws. (June)
close
Details