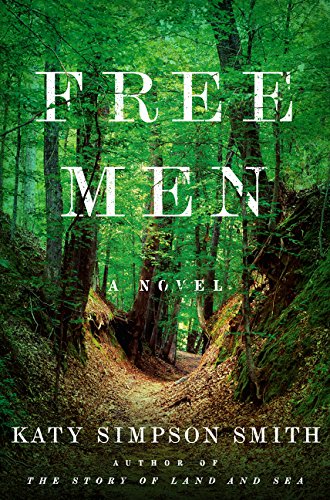 Set in 1788 and drawing from a historical incident, Smith’s searching second novel probes connection and isolation, forgiveness and guilt. In an American South where control shifts among American, European, and Native American presences, three men rob and kill a group of travelers. Joined together by chance, the men are unlikely murderers. Bob, an escaped slave from a Florida plantation, has left his family for the dream of freedom out West. Creek warrior Istillicha seeks redress for the money and power stolen from him in his village. Cat, a despairing white man, flees a lifetime of loss, including the deaths of his wife and son. Told of the three men’s crime, the Creek chief arranges for Frenchman Louis LeClerc, who has been living with his tribe, to hunt and punish the culprits (the victims were traveling under the chief’s protection). LeClerc is an anthropologist as well as a skilled tracker, burning to discover what bond could unite the disparate trio. As the paths of pursuer and prey intersect, all four men face unexpected lessons about the nature of freedom and the need to belong. Like Smith’s debut, The Story of Land and Sea, this novel evokes the complexity of a fledgling America in precise, poetic language. Though likely too slow-paced for some readers, it is rich with insights about history and the human heart. [em](Feb.) [/em]
close
Details