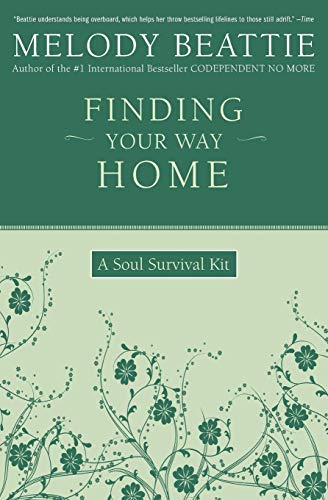 In 1986, Beattie's Codependent No More spoke with a previously unheard voice, naming and describing a dysfunctional way of living that many people identified with but that had never before been publicly acknowledged or understood. Breaking that new ground made the book a bestseller and something of a cultural phenomenon. The author of several books since then (Stop Being Mean to Yourself, etc.), Beattie covers only familiar ground in this digest of the most popular New Age spirituality writings of the past decade. Using eight ""doctrines,"" 12 ""remedies"" and many ""activities,"" visualizations and ""mantras"" (ordinary self-help affirmations), she addresses the search for ""who we are and who our souls want to be,"" the power of thoughts and words, chakras, intuition, electromagnetic waves of energy, synchronicity, the clearing of emotions, angels, the quest for God within oneself and the ability to work ""with the powers of the universe to cocreate what is desirable and necessary and in our highest good."" As always, she personalizes her topics by writing autobiographically, but here in an often vague and general way, and only rarely crediting the sources (which readers of New Age and self-help books will immediately recognize) of her ideas, seeming to imply that they are original. Beattie's writing style is far more polished than it was in 1986, but her message this time lags behind, rather than pushing ahead, of those espoused by many others. $40,000 ad/promo; author tour. (Sept.)
close
Details