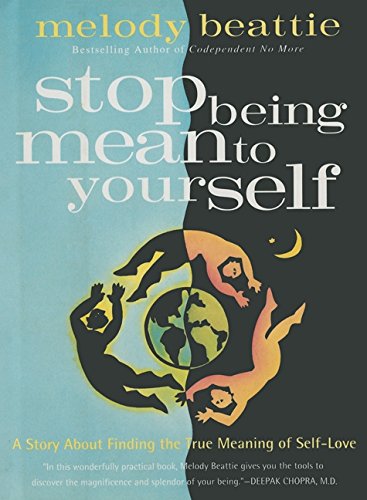 Stop Being Mean to Yourself: A Story about Finding the True Meaning of Self-Love

In 1996, Beattie, a well-known articulator of the recovery movement (Co-Dependent No More), embarks on a trip to the Middle East. Inspired by an unformed yet powerful intuition that her life and her understanding are moving to a higher level, she travels to Morocco, Algiers and Egypt. Abruptly deciding to return home to Los Angeles from Egypt rather than journey on to Greece as she originally intended, Beattie books a flight that changes planes in Tel Aviv. There, she is questioned by customs agents suspicious of her erratic movements and her visit to Algiers, a breeding ground for terrorists. Using her interrogation as a framing device, Beattie recounts her impressions of Morocco (she got a stomach ache from drinking the local milk) and of grim Algiers. It is in Giza, Egypt, however, that Beattie kicks into her real story. Befriended by Essam, the owner of a local perfume shop, the author rides a camel to the pyramids, returning one evening (on horseback) to sit inside one of the pyramids and absorb its palpable ""powers."" Though impressed, Beattie nonetheless realizes that the key she is searching for is to be found much closer to home. ""The key to life and power is simple,"" she reckons. ""It's knowing who we are."" Who Beattie is, she concludes (much to the consternation of the customs agent), is a ""vampire."" As Beattie's daughter Nichole told her years before: ""There's two kinds of people in this world: the pigs, and the vampires."" Vampires know that life is painful and that true joy consists of making art, and in the process, telling the truth about the pain. The realistic approach to self-love that Beattie presents here, while no great elixir, is a welcome tonic. $75,000 ad/promo; author tour. (May)
close
Details