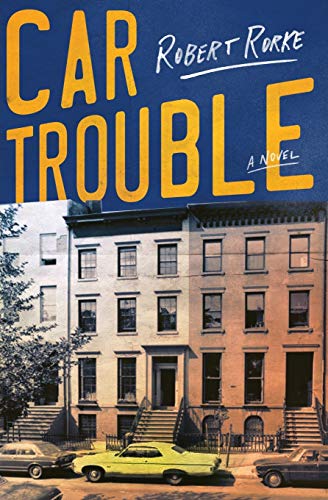 Rorke’s nostalgia-laden debut combines the tense father-son dynamic of Pat Conroy’s The Great Santini with the automobile wonkiness of an episode of Jerry Seinfeld’s Comedians in Cars Getting Coffee. Readers are introduced to Patrick Flynn, the charismatic father of an Irish-American clan in pregentrified 1970s Brooklyn, as seen through the eyes of his son, Nicky, a sophomore at St. Michael the Archangel high school. Presiding over a household of five children, Patrick is in the habit of buying cars on the cheap at police auctions; he repaints them and gives them such colorful names as the Blue Max, the Green Hornet, and the Black Beauty. But under the bright paint jobs, these cars are barely running, which turns out to be an apt metaphor for Patrick himself, who is more flash than substance, a flaw that Nicky is wise to: Patrick loses jobs, drinks heavily, gets into fights, and abuses his family. At the same time, Nicky discovers his own budding interest in theater and cooking, and takes his first tentative steps towards becoming an independent adult, which puts him on an eventual collision course with his increasingly erratic father. Though it has a vivid sense of time and place, Rorke’s novel is overlong and sentimental. (Sept.)
close
Details