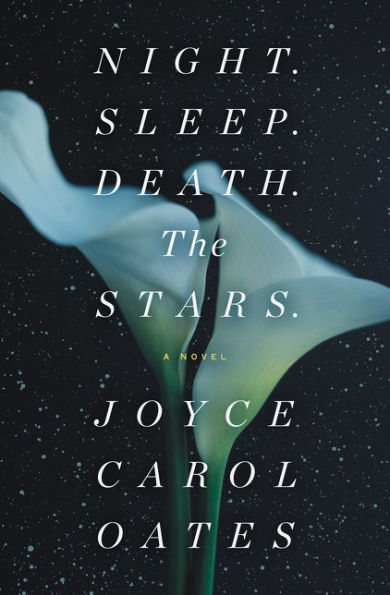 Oates’s quintessential examination of grief (after Pursuit) draws on the closing lines of Walt Whitman’s “A Clear Midnight,” which reverberate and reappear throughout this weighty chronicle of a family’s reckoning with the death of a father and husband. John Earle “Whitey” McClaren, the 67-year-old “lynchpin” of a Hudson, N.Y., family, and longtime mayor of a nearby town, is tased, beaten, and suffers a stroke after he intervenes during an incident of police brutality against Azim Murthy, a stranger to Whitey whom he registers as a “dark-skinned young man.” Oates’s dispassionate description of the scene peels back the layers of fear and assumption that led the police to treat Azim and Whitey so brutally, retelling the events from Azim’s point of view. After Whitey dies, Jessalyn, his 61-year old widow, and their five squabbling children struggle to pick up the pieces. While Jessalyn casts about in semi-coherence—“stumbling through the illogic of a primitive philosopher just discovering quasi-paradoxes of being, existence, nothingness and the (limited) capacity of language to express these”—her children fear she is approaching a nervous breakdown. More concerning to them is the presence of Hugo Martinez, a mustachioed 59-year-old poet and their mother’s new suitor, who recites the Whitman poem during an awkward Thanksgiving dinner, and whom they fear will jeopardize their inheritance even as his presence has a life-affirming affect on their mother. With precise, authoritative prose that reads like an inquest written by a poet (“death makes of all that is familiar, unfamiliar”), Oates keep the reader engaged throughout the sprawling narrative. This is a significant and admirable entry in the Oates canon. [em](June) [/em]
close
Details