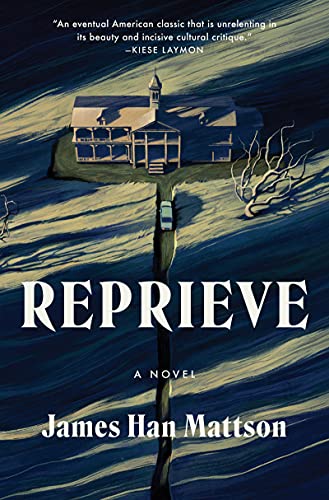 Mattson (The Lost Prayers of Ricky Graves) returns with the smart and harrowing story of a killing at a haunted house. In 1997, Victor Dunlap, a bank manager who used to teach English in Thailand, agrees to participate in a full-contact escape room–style challenge at Quigley House in Lincoln, Nebr. His four-person team includes his fiancée, Jane Roth, who is obsessed with Halloween but finds being handcuffed, shocked, and muzzled with electrical tape by the haunted house’s staff to be a bit too much; and Jaidee Charoensuk, a university student whom Victor had taught in Kanchanaburi, and who sought Victor out in the U.S. because he had a crush on him. The house supplies a fourth teammate, Bryan Douglas, a Black university student whose throat is slit in the house by Leonard Grandton in front of the others, who initially think it’s part of the act. Leonard had developed a friendship with the man who owns Quigley, before becoming needy and erratic. The tense, well-paced story—meted out in snippets of courtroom transcriptions during Leonard’s trial and chapters from various characters’ points of view, including Bryan’s cousin Kendra, who recently moved to Lincoln from Washington, D.C., and whose friend back east was concerned about her “managing all that white”—gradually reveals thematic connections as everyone grapples with understanding why Bryan was killed. It adds up to a canny use of horror as metaphor for themes of guilt, race, and sexuality. (Oct.)

Correction: An earlier version of this review incorrectly stated that one of the characters works in Lincoln, Nebr., and misattributed a line of dialogue. This review has also been updated for clarity.