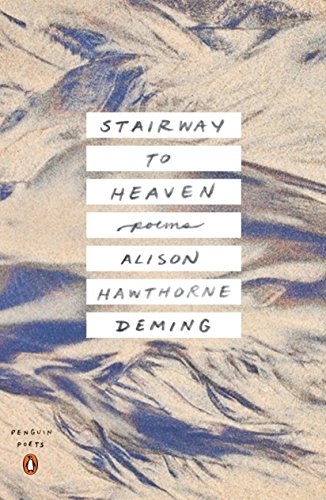 Poet and essayist Deming (Zoologies: On Animals and the Human Spirit), a Walt Whitman Award–winner for Science and Other Poems, traverses animate landscapes and indelible memories in search of eternity, which she believes to be the macrocosm of all things living, dead, past, present, and future. She finds a sense of elliptical renewal in her transcendental experiences with nature. “During my darkest grief the forest/ was like an open sea,” Deming writes, “my brain felt at home among/ saplings that tangle seeking light/ that part of the soul Aristotle thought// we held in common with plants.” She finds renewal in the memory of family, the expression of their unresolved pain, and their return into the infinite. Deming reimagines her mother at her deathbed (“White of hair and white of imagined snow// and white of pillows all around to brace her./ White of her last request”), confronts her brother’s fight against crippling depression (“new science would propose some brains/ have chemistry that’s incomplete”), and alludes to her father as a phantom in the dark corner of her memory (“a lit cigarette echo of father’s/ bedtime lightshow.”) Deming’s sophisticated yet accessible work is an ecopoetic disquisition and aphoristic guidebook, but most saliently, it is an imagist gem that is urgent and masterly in its evocation of place, liminality, and waking dreams. (Oct.)

An earlier version of this review incorrectly omitted the author's middle name.