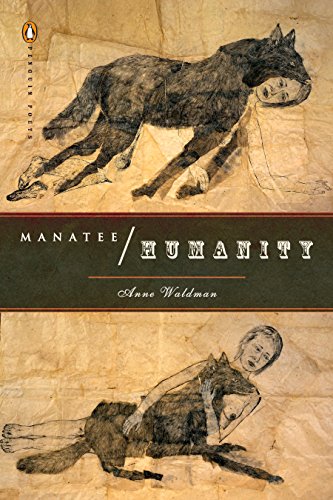 This sprawling book-length poem from an American countercultural giant takes its form and concerns from a Tibetan Buddhist ritual and from the poet's close encounter with the endangered aquatic mammal of her title. This visionary verse and prose attempts “to describe the known world of any reach or stretch of imagination/ the relative world of death & change”; to praise the resources, but also to limn the limits, of ecological science, of all Western ways of knowing; and to imagine the whole of human and prehuman history, from the “humdrum Paleolithic” across “20,000 years of 'keeping' time once keeping it for all & moving it, time, forward, & it, the art, forward, & it, humanity, forward, & now they want to kill it really they killed it.” Waldman's energetic odes and dialogues, part memory and part dream, may learn from the manatee “what it is to be human”; they also try to understand the nonhuman, from seaweeds and seashells to mammals, asking, “[A]re minds possible without language?” and answering that they must be. Exuberant as always— though detractors will call her undisciplined—Waldman figures the gap between mind and body as the gap between air and sea, between the manatee's world and our own.