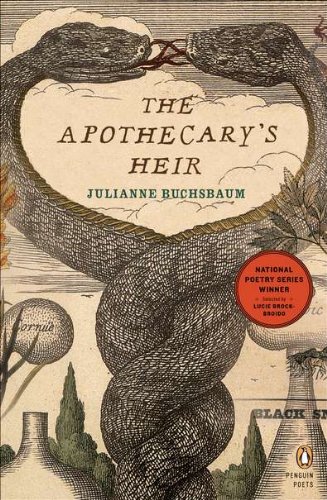 At once lovely in its compact artifice and genuine in its sense of memory, this third collection from Buchsbaum (Slowly, Slowly) takes on American places from California to Florida, from trackless woods to “trailer parks,” “drowned valleys or barges off the coast of Maine,” finding again and again in these sites an elaborate language for Romantic complaint and family elegy, “with a lusty rhythm/ and Latinate words.” Buchsbaum’s high diction, unrhymed couplets, and rococo titles (“In the Beautiful, Long-Gone and Godless Season of Hereafter”) can evoke Lucie Brock-Broido, who selected the book for the National Poetry series, while her unapologetic emotion, grounded in eros, in personal mourning, and in spirits bucolic and georgic, harks back to the achievements of Dylan Thomas. Though she addresses cultivated fields, suburbs, and even the bookish spaces of historiography, Buchsbaum seems most at home in forests, where “leaves crinkle in the woods like people telling secrets.” She calls herself a “lexicographer of decay,” a “voyager through/ pale, annulled provinces” as she walks out in a “late-winter landscape” of oak trees. Such moments may strike some readers as overwrought, attentive more to manner than to something said. And yet they will strike others as sublimely charming. (July)
close
Details