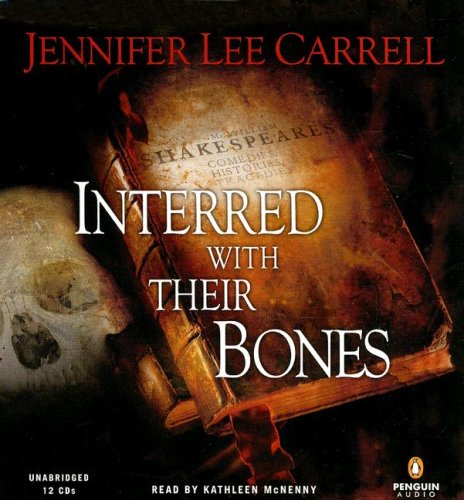 Interred with Their Bones

It’s not McNenny’s fault that Carrell’s thriller, hinging on the burning of the Globe Theater in 1613, turns out to be much ado about nothing. McNenny reads at a heart-thumping pace, which is perfect for Kate Stanley, a theater director and former scholar, who is both chasing the past and being pursued by killers in the present. McNenny’s performance gives Kate the right combination of brainy sleuthing and brainless commitment to a dangerous investigation. She does not fare as well with the other characters, especially the men. In particular, a London inspector in charge of the murder case of Kate’s Harvard mentor sounds Indian or Pakistani, even though he is from the Caribbean. Listeners will ignore the peccadilloes as they are caught up in Kate’s breathless trips from London to Cambridge and even the West Coast. For those interested in this popular genre of Shakespeare revised and revisited, the catchy plot and McNenny’s exuberant performance are both gripping and vastly entertaining.