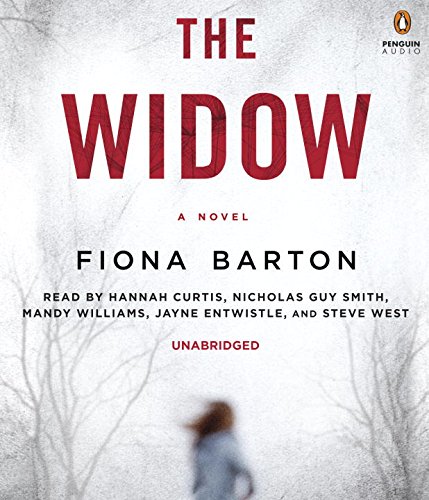 With the disappearance of two-year-old Bella Eliot at its core, Barton’s novel combines elements of British police procedure with a psychological study of its three main characters: Jean Taylor, the widow of the title, whose overbearing husband, Glen, once the prime suspect in Bella’s kidnapping, has died in an automobile accident; Det. Insp. Bob Sparks, whose quest to find Bella becomes obsessive; and Kate Waters, a reporter whose journalistic ideals are threatened by her exploitation of Jean. A quintet of performers reads the novel. Hannah Curtis, responsible for Jean’s first-person accounts, slowly adds a bit of steel as she shifts from polite, subservient wife to something quite different. Nicholas Guy Smith handles Bob’s chapters, catching the detective’s fluctuating moods as well as his unhealthily increasing zeal in pursuing the investigation. He also portrays the other coppers and an assortment of witnesses and suspects, chief among them an angry Cockney with something to hide. Mandy Williams initially endows journo Kate with at least a shred of decency that’s whittled away when she gives in to the demands of her unsympathetic editor. In somewhat smaller roles, Jayne Entwistle’s turn as Bella’s mother is properly weepy and resentful, while Steve West’s Glen, stretching out the suspense, dies angrily maintaining his innocence. [em]A NAL hardcover. (Feb.) [/em]
close
Details