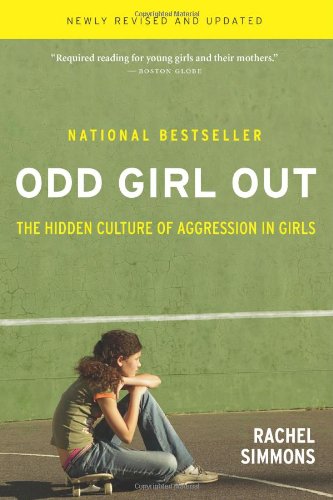 ODD GIRL OUT: The Hidden Culture of Aggression in Girls

Although more than 16 years have passed, Rhodes Scholar Simmons hasn't forgotten how she felt when Abby told the other girls in third grade not to play with her, nor has she stopped thinking about her own role in giving Noa the silent treatment. Simmons examines how such "alternative aggression"—where girls use their relationship with the victim as a weapon—flourishes and its harmful effects. Through interviews with more than 300 girls in 10 schools (in two urban areas and a small town), as well as 50 women who experienced alternative aggression when they were young, Simmons offers a detailed portrait of girls' bullying. Citing the work of Carol Gilligan and Lyn Mikel Brown, she shows the toll that alternative aggression can take on girls' self-esteem. For Simmons, the restraints that society imposes to prevent girls from venting feelings of competition, jealousy and anger is largely to blame for this type of bullying. It forces girls to turn their lives into "a perverse game of Twister," where their only outlets for expressing negative feelings are covert looks, turned backs and whispers. Since the events at Columbine, some schools have taken steps to curb relational aggression. For those that haven't, Simmons makes an impassioned plea that no form of bullying be permitted.