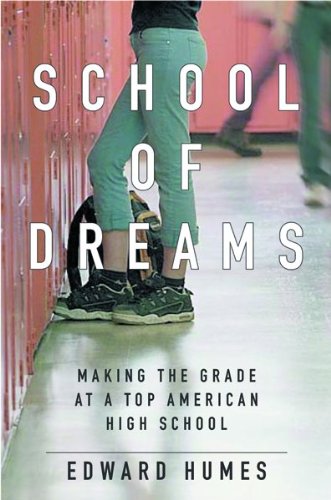 SCHOOL OF DREAMS: Making the Grade at a Top American High School

Pulitzer Prize–winning journalist Humes (, etc.) spent 2001 at top-ranked Whitney High School in Cerritos, Calif. While helping seniors with their college application essays, he was also trying to understand this public school's astounding success. Not only do its students, year after year, proceed to America's top colleges, but increasingly, families move to Cerritos—from all over the world—so their children can attend Whitney. The school is selective; an entrance test is required. But academic "cherry-picking" is only part of the story. Once at Whitney, students surpass similarly skilled students elsewhere—and not because of computers, standardized curriculum, "no child left behind" programs or high-stakes testing. Rather, Humes finds, it's an old-fashioned combination of high expectations and committed educators. They expect students to put in long hours, even "all-nighters." Discipline problems and drug use are unusual and taken seriously when they do occur. All Whitney's teachers are encouraged to educate for something more lasting and meaningful than the AP exams. Elsewhere in America, Humes learns, there's a "bias against the intellectually gifted," but at Whitney, students are expected to work hard, learn a lot and achieve. While Humes notes a few downsides to this culture of high expectations—stress, caffeine addiction and cheating problems—they seem fairly manageable at Whitney. As America's policy makers obsess over minimum proficiency standards, Humes, in his well-written, informative study, presents the Whitney model as a needed corrective, urging parents and policy makers to study success for a change.