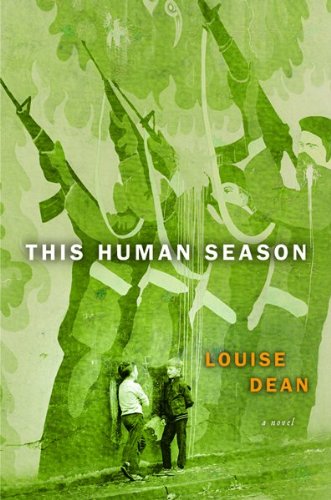 Set in Belfast during the Troubles, Dean's accomplished second novel (after ) is an affecting and well-researched depiction of the political and social strife of Northern Ireland in the winter of 1979. John Dunne, a 20-year veteran of the British army, takes a job as a prison guard at Belfast's Maze prison and is assigned to work in the squalid high-security block where the most hardened IRA inmates are engaged in a protest they call the Blanket (the inmates refuse to wear clothes and smear their feces on the cell walls—one enterprising pair "paints" a fireplace). A newly arrived inmate, Sean Moran, imprisoned for his part in the bombing death of a policeman, becomes pivotal in the plan to take the protest to the next level. On the outside, Sean's mother, Kathleen, struggles to raise her remaining children while British soldiers routinely search her house for weapons, and John grows close with his adult illegitimate son. The possibility of violence is ever-present, especially for John, whose job makes him a target on and off the clock. Dean writes strong characters and provides a sympathetic rendering of both sides of the conflict, making for a powerful and memorable novel.