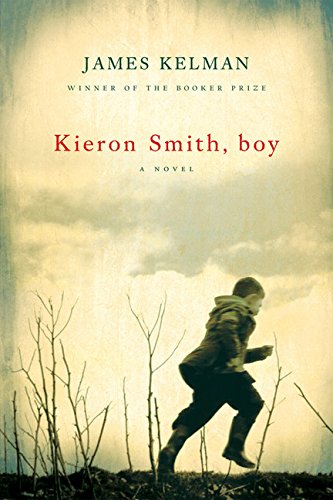 Kieron Smith’s coming-of-age in a rough Glasgow neighborhood is grimly rendered by Kelman in this stark and affecting novel. The younger of two boys, Kieron is overlooked and seen as simple compared to his brother, Matt, the “smart one.” Kieron’s only safe haven is his grandparents’ house, where his grannie treats him as the favorite and his granda and uncle teach him to fight (Uncle Billy suggests Kieron use a brick against larger bullies). But when the family moves across town to a better neighborhood, Kieron falls in with a group of rowdy youth from his new primary school, including Mitch, an angry, abused child, and he takes to climbing drainpipes and scampering across rooftops as an outlet for his frustrations. As the years tick by, Kieron’s relationships with his family disintegrate (things with Matt get especially bad), and Kelman’s raw, blunt narration drives home all of Kieron’s loneliness, sadness and feelings of inadequacy. If you can roll with the Scots dialect, the narrative is rewarding, bleak and marvelous.