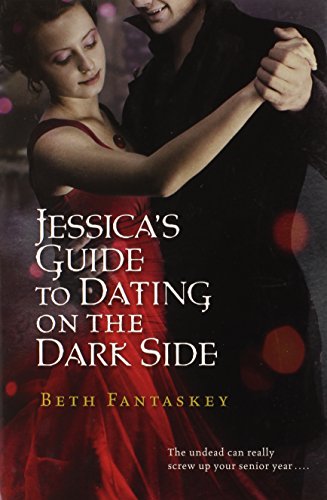 Jessica’s Guide to Dating on the Dark Side

A romance involving a high school girl and a handsome vampire may sound a little too familiar, yet this first novel quickly bursts ahead of the pack of -wannabes. Down-to-earth mathlete Jessica Packwood is completely horrified when, a few months shy of her 18th birthday, a Romanian named Lucius Vladescu shows up on her doorstep, claiming that he and she are vampire royalty betrothed to each other since infancy—what’s worse, her adoptive parents verify the betrothal story and explain that her birth parents identified themselves as vampires, too. Fantaskey makes this premise work by playing up its absurdities without laughing at them, endowing Jessica with a coolly ironic sensibility and Lucius with old-world snobberies that Jessica’s girlfriends find irresistible. Jessica’s laidback parents serve as foils for imperious Lucius (“Can I ever again be happy in our soaring Gothic castle after walking the halls of Woodrow Wilson High School, a literal ode to linoleum?” he asks sarcastically); a scene at a steakhouse where the vegan Packwoods meet the carnivorous Vladescus is first-rate comedy. The romance sizzles, the plot develops ingeniously and suspensefully, and the satire sings. Ages 14–up.