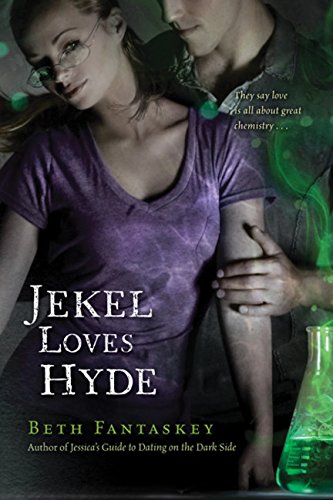 Jill Jekel and Tristen Hyde are playing a dangerous game: when these teenage descendants of the legendary Dr. Jekyll and Mr. Hyde find a box left behind by Jill’s murdered father—a box holding “the original documents detailing the actual experiments that inspired the novel”—they decide to recreate the experiments. Brainy Jill hopes to win scholarship money while “troubled but beautiful” Tristen wants to excise the evil inside of him, which has already driven him to violence. Through their alternating narration, readers learn of their deep bond—and that Jill and Tristen are not only on their way to finding the formula but also to figuring out what happened to her father and his disappeared mother. Readers may be troubled by the violence intertwined with their growing romance; Tristen pins Jill against a desk and reveals that he has “a force within me that wanted nothing less than to destroy Jill herself.” But Fantaskey’s ( ) premise is creative, and there are plenty of twists to keep readers engaged—right through the fiery final face-off. Ages 14–up.