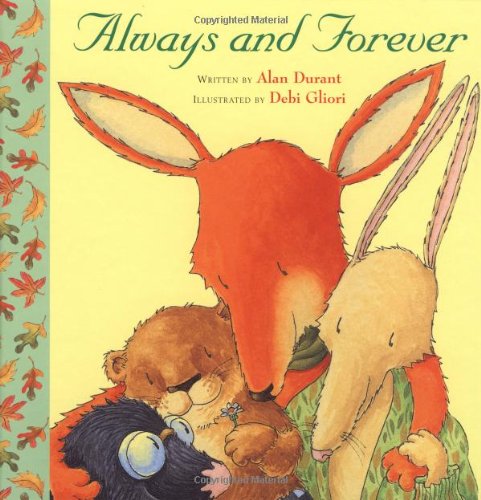 Fox falls ill and dies, and his housemates Otter, Mole and Hare feel as if life can't go on without him. Talking about Fox's wisdom and kindness "made their hearts ache," writes Durant ( ). "They fell into silence. And so it continued, sun and moon, moon and sun. There was only deep sadness in the house in the woods." Gliori ( ) doesn't flinch from showing readers the most sorrowful parts of the story: the discovery of Fox's body, "still and cold" in the forest, his burial and the despair that envelops everyone that winter. But Gliori does not portray these scenes as scary or maudlin, because her candor grows out of the sense of empathy that has always been her hallmark. The story's shadow lifts when Squirrel visits in springtime, determined to shake the trio out of their isolation. "You know there's one thing I don't miss about Fox, and that's his cooking," she says, in an ingenious attempt at grief therapy. "Do you remember that awful pie he made?" That remark prompts Otter, Hare and Mole to recall with affection Fox's other foibles as a cook, a handyman and a gardener. With the departed friend restored to their hearts and thoughts as a real, rather than idealized, figure, they can finally come to terms with his loss. Gliori and Durant leave readers with the comforting image of the housemates gathered in a garden created in Fox's memory, savoring a beautiful summer day and the enduring bonds of friendship. Ages 3-7.