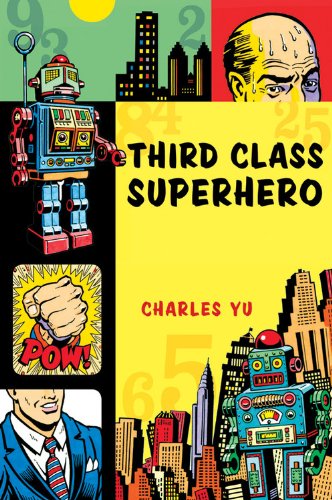 Issues of identity and insecurity simmer throughout Yu's debut collection, an imaginative excursion into the burrow Kafka built. In "My Last Days as Me," the unnamed star of the hit TV show chafes at the recasting of his onscreen mother and eradicates the line between actor and character. The unnamed man in "Man of Quiet Desperation Goes on Short Vacation" evaluates his existential condition as frequently as a time-obsessed man checks his watch. And in the title story, "Moisture Man" strives to improve his position in the superhero hierarchy, which means constant self-appraisal and comparison to his more successful counterparts ("fireball shooters. A few are ice makers. Half a dozen telepath/empaths"). Yu flirts with formal experimentation—"Problems for Self-Study" unfolds as a complicated multiple choice test, for example—but tempers his fantastical constructions with level prose. (The first two paragraphs of "The Man Who Became Himself" are "He was turning into something unspeakable" and "At the office, people avoided the issue.") There is abundant humor, though, and Yu allows the reader to feel pathos without patronization; a neat trick, in a compulsively readable collection.