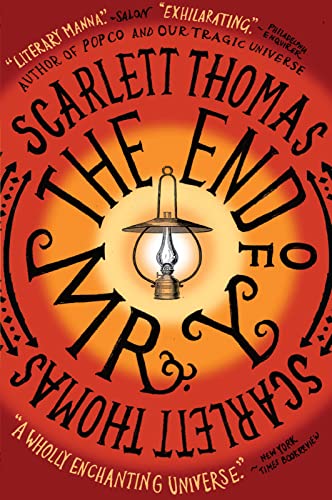 In Thomas's dense, freewheeling novel, Ariel Manto, an oversexed renegade academic, stumbles across a cursed text, which takes her into the Troposphere, a dimension where she can enter the consciousness, undetected, of other beings. Thomas first signals something is askew even in Ariel's everyday life when a university building collapses; soon after, Ariel discovers her intellectual holy grail at a used book shop: a rare book with the same title as the novel, written by an eccentric 19th-century writer interested in "experiments of the mind." The volume jump-starts her doctoral thesis, but her adviser disappears. And when Ariel follows a recipe in the book, she finds herself in deep trouble in the Troposphere. Her young ex-priest love interest may be too late to save her. Thomas blithely references popular physics, Aristotle, Derrida, Samuel Butler and video game shenanigans while yoking a –like conundrum to a gooey love story. The novel's academic banter runs the gamut from intellectually engaging to droning; this journey to the "edge of consciousness" is similarly playful but less accessible than its predecessor, .