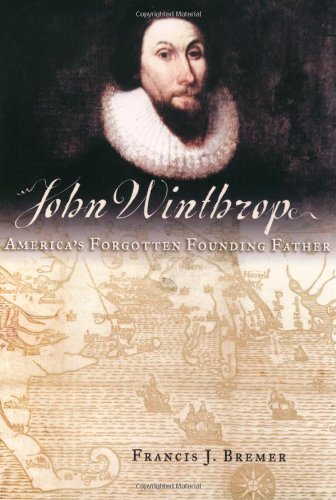 Today John Winthrop (1588–1649) is perhaps best remembered for the famous sermon in which he likened the Massachusetts Bay Colony to a "city upon a hill," a model to the world of social and religious order. Bremer, editor of the Winthrop papers for the Massachusetts Historical Society, draws on those papers to add tremendously to our understanding of this pivotal figure, eloquently reminding us in a rich, magisterial biography how much Winthrop contributed to the founding of the colonies. Bremer studies Winthrop's early life in exhaustive detail, chronicling how his first four decades, in England, shaped his views and actions as the first governor of the Massachusetts Bay Colony. Bremer focuses on his youthful spiritual struggles, carefully recorded in a journal, including his early decision to pursue a religious vocation and his sudden, unexplained decision to give that up to marry his first wife when he was only 17. After he gained the respect of his peers as an even-handed magistrate, he was elected governor of the new Massachusetts Bay Colony, where for eight years he governed with a judicious hand, mediating in religious and political feuds, including the expulsions of Roger Williams and Anne Hutchinson for their dissenting views. Bremer uses previously unavailable materials in the Winthrop archives to vividly recreate the religious and political reform movements in early 17th-century England. Bremer's definitive biography gracefully portrays Winthrop as a man of his time, whose influence in the new colony grew out of his own struggles to establish his identity before he left England.