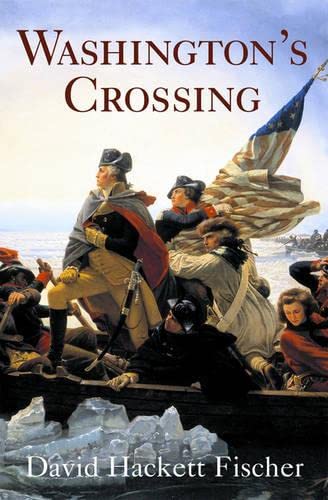 At the core of an impeccably researched, brilliantly executed military history is an analysis of George Washington's crossing of the Delaware River in December 1776 and the resulting destruction of the Hessian garrison of Trenton and defeat of a British brigade at Princeton. Fischer's perceptive discussion of the strategic, operational and tactical factors involved is by itself worth the book's purchase. He demonstrates Washington's insight into the revolution's desperate political circumstances, shows how that influenced the idea of a riposte against an enemy grown overconfident with success and presents Washington's skillful use of what his army could do well. Even more useful is Fischer's analysis of the internal dynamics of the combatants. He demonstrates mastery of the character of the American, British and Hessian armies, highlighting that British troops, too, fought for ideals, sacred to them, of loyalty and service. Above all, Brandeis historian Fischer ( ) uses the Trenton campaign to reveal the existence, even in the revolution's early stage, of a distinctively American way of war, much of it based on a single fact: civil and military leaders were accountable to a citizenry through their representatives. From Washington down, Fischer shows, military leaders acknowledged civil supremacy and worked with civil officials. Washington used firepower and intelligence as force multipliers to speed the war for a practical people who wanted to win quickly in order to return to their ordinary lives. Tempo, initiative and speed marked the Trenton campaign from first to last. And Washington fought humanely, extending quarter in battle and insisting on decent treatment of prisoners. The crossing of the Delaware, Fischer teaches, should be seen as emblematic of more than a turning of the war's tide. 91 halftone, 15 maps.