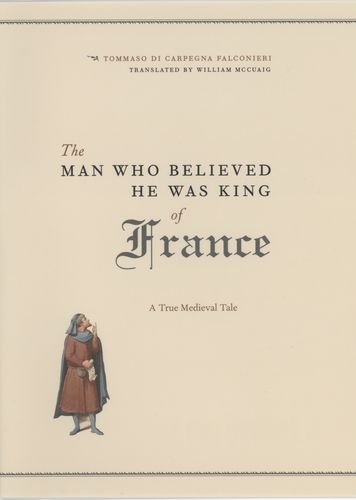 The Man Who Believed He Was King of France: A True Medieval Tale

In 1354, the Roman governor Cola di Rienzo revealed to Giannino di Guccio, a wealthy merchant in Siena, a document revealing that Giannino had been switched at birth and that he was no merchant but Prince Jean I, heir to the French throne. Setting out to convince the world that he was the rightful king, he was thrown in prison, lost his fortune and died destitute. In this mostly elegant, sometimes workmanlike, study—part detective story and part history—University of Urbino medievalist Falconieri raises significant questions about the tale. Was Giannino a historical figure or a literary invention? Was he really the royal child switched at birth by a wet nurse intent on saving her marriage? Through an examination of other similar medieval tales and contemporary works that discuss such stories (e.g., Dante’s ), Falconieri answers these questions while offering fascinating glimpses into the intrigues of the medieval French and Italian courts and the weaving of classical Greek and biblical tales into medieval stories about the revelation of royal identity. 2 line drawings, 1 map.