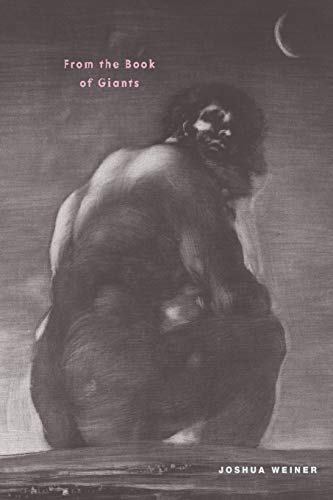 From the Book of Giants

The most powerful poems in Weiner's second collection combine narrative and lyric elements and range across subjects and kinds of speech, as in an account of a son's baseball game on the White House lawn that somehow connects the dots between Pol Pot, Cal Ripken, our current president and the Wild Cherry refrain "play that funky music, white boy... till you die." A later long poem riffs on Berkeley in the '90s and intertwines the stories of a local "life-artist" called the Polka Dot Man and an overzealous activist killed by an overzealous cop. These poems aren't political in any easy way, but have politics, memory and language at their center in a manner that recalls former poet laureate Robert Hass's work. When the lines aren't tensed enough, or when Weiner ( , 2001) loses himself in reverie without pitting reason against it, the poems can edge toward cliché. But these moments are relatively few—Weiner's formal and lyric gifts both soothe and shock in these poems.