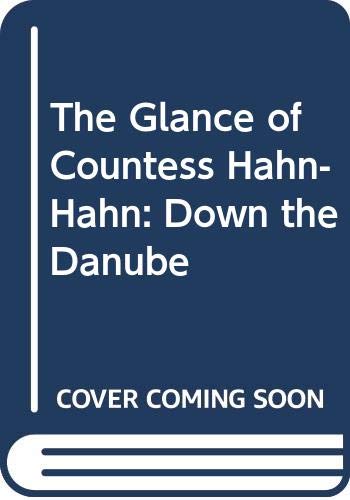 The Glance of Countess Hahn-Hahn: Down the Danube

Like the region it describes, this offbeat, eccentric novel from Hungarian author Esterhazy (Helping Verbs of the Heart) can't quite decide what to be. Purportedly a travelogue from a hired Traveller to his Patron, it is also a memoir of a central European nobleman; a panegyric to the Danube and its meaning as a unifying/dividing symbol; a satire of postmodernism; a postmodernist history of Central Europe. The writing is wry, obscure and filled with cryptic references to little-known (to an American readership) personages, as well as to Hegel and Wittgenstein, with several nods to Kundera. The tone is personal, even intimate, but the strangeness of the text--presented as a series of telegrams from the Traveller to his employer--seems to hold the reader at arm's length as the narrator journeys down the Danube from Donaueschingen through Vienna and Budapest to the Black Sea. Within this context, Esterhazy decries the effects of communism and what he sees as its warping of the human spirit: ``Nothing dramatic happened, only that he began to speak more softly, grew more attentive, pricking up his ears, night and day, like an animal. And it was now that his defencelessness and subservience, his anxieties and inhibitions really made themselves felt, as qualities which he, the child of state socialism, had inherited from the system after all.'' This ultimately chilling work will stay with the brave reader for days. (Dec.)
close
Details