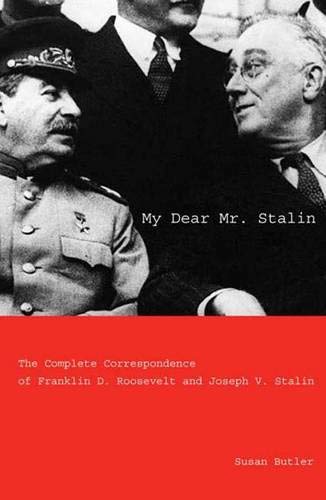 This collection is a history junkie's delight. Many of the letters—the final one was approved by Roosevelt only minutes before his death in 1945—are filled with understanding and praise for the sufferings that the U.S.S.R. is going through. Roosevelt expresses this sympathy repeatedly (and understandably, given the wartime miseries of the Soviet Union): "We are filled with admiration for your magnificent resistance," he wrote in August 1942. More interesting, perhaps, are the maneuverings over their differences, most of which are known to students of the war: Stalin's desire for a second front against the Nazis; debates over how to deal with the wartime Polish government and the postwar borders with Poland. There are no big surprises, but the correspondence shows how the groundwork for what would become the Cold War was already in place even when the United States and the U.S.S.R. were allies. Butler's introduction and explanatory text help thread the messages together. Those who read this will gain a firsthand look into the minds of two world leaders thrown together by Hitler and the contingencies of war.