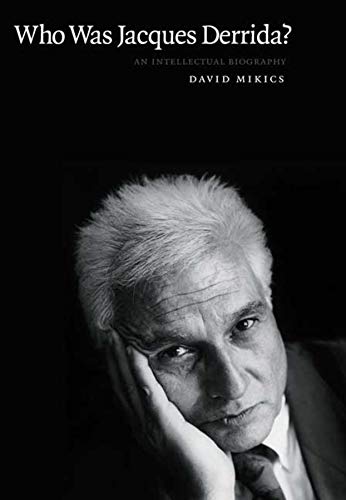 Who Was Jacques Derrida? An Intellectual Biography

The ideas of the arch-deconstructionist philosopher are illuminated but not entirely clarified in this ambivalent study. Mikics ( ) gives an insightful and blessedly readable rundown of Derrida's debt—and objections—to such thinkers as Husserl, Sartre, Nietzsche and Freud. He's less successful at explicating Derrida's own doctrines—the resistance of language to stable meanings, the opacity of the self, the relativism of morals—perhaps because Derrida disdained the very concept of explicability. The author frames his subject as a skeptic trying to expunge psychology and metaphysics from philosophy, but the quotations he proffers—“Justice remains to come, it remains by coming, it has to come, it is to come, the to-come”—make Derrida seem as “semi-intelligible” as detractors claim. Mikics is most compelling when he criticizes Derrida—for misrepresenting other philosophers, for betraying his own principles and for his weaselly defense of the anti-Semitic writings of literary critic Paul de Man, an exercise in deconstructionism as sophistry and deceit. Mikics finds Derrida “neither so brilliantly right nor so badly wrong” as reputed, but his sharp portrait can make Derrida, in certain lights, seem very wrong indeed.