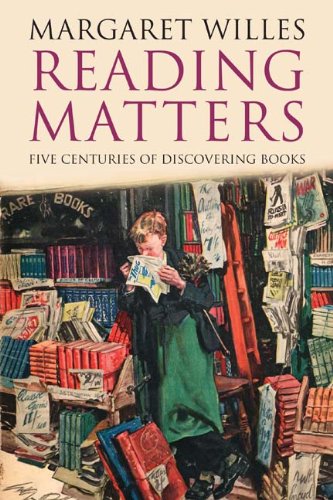 Book collectors are an eccentric but persistent lot, as Willes shows in this history of the buying and selling of books. With an emphasis on Great Britain (one chapter is devoted to Thomas Jefferson), Willes, former publisher of the National Trust, tackles her subject with considerable learning and with a gusto atypical of a scholarly volume. Of especial interest are insights on Samuel Pepys's diary entries on books acquired; the first memoir of an English bookseller in 1705, the significance of the spread of coffee houses in Britain during the 18th century (not unlike the “Starbucks effect” on the Internet generation); the 16th-century origins of the Frankfurt Book Fair and the paperback and bookstore-chain revolutions of the 20th century. The role of women as collectors and disseminators, from Bess of Hardwick in the 16th century to Oprah Winfrey, is notable. There's a wealth of information here, though some chapters cohere more successfully than others, and a somewhat breathless final chapter surprisingly omits Amazon and e-books as they relate to collecting. 90 illus.