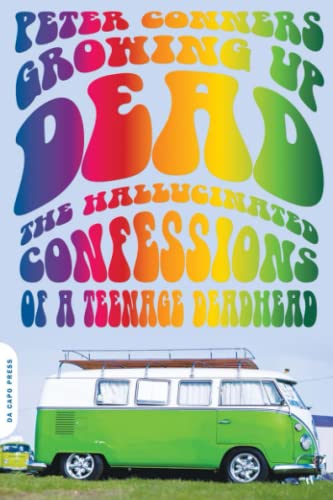 Growing Up Dead: The Hallucinated Confessions of a Teenage Deadhead

Poet and editor Conners ( ) offers a perspective often missing from other Dead chronicles: that of one of the suburban teens in the late 1980s and early 1990s who dropped out of high school and/or college to follow a band whose members were 30 years their senior. Unlike most Dead fans (and rock critics) from the 1960s and 1970s, the band’s music wasn’t the most important thing to Conners and his Gen-X companions—the focus was on “becoming and living as a Deadhead outside the Grateful Dead concert.” So while Conners offers some earnest and often hilarious chapters about his teenage stoner life (“One of the problems with teenage drug abuse is that you never get to know what your adult brain would be like without it”), his most inventive chapters offer second-person accounts of what really went on at a typical Dead show in the 1980s. “You are thrilled. You score acid. You smoke the Indica. You eat some mushrooms.... The situation is post-verbal.”