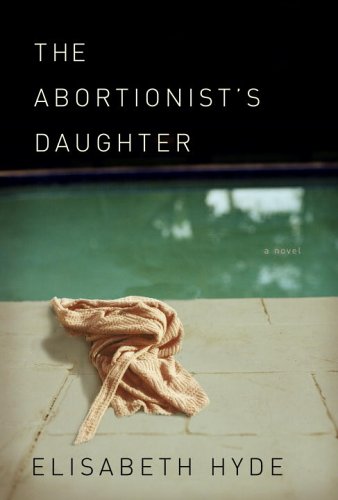 Dr. Diana Duprey—abortion clinic director, wife of local Colorado DA Frank Thompson and mother of 19-year-old college freshman Megan—has plenty of enemies, so when her body is found floating in the exercise pool of her garden tour–featured house, the list of suspects is long. Aside from abortion opponents and distraught parents, there were the arguments overheard between Frank and Diana, and Megan and Diana shortly before. The coroner, a woman with whom Frank had had an affair, won't do the autopsy, and a man harboring a grudge against Frank takes her place. Meanwhile, Megan finds herself attracted to Huck Berlin, the policeman assigned to the case, and Huck finds Megan in various compromising positions. Former U.S. attorney Hyde ( ) describes Megan's contradictory, confused emotions without oversimplification (" " were Megan's inadvertent last words to her mother). Hyde also jumps back in time, delving into Diana's work at the clinic and her feelings about it, as well as the lives and feelings of her clients. Rather than generating suspense, the murder provides a frame for the turbulence in and around a woman propelled by idealism and strongly held beliefs. Look for this book to get play as South Dakota's challenge to v. wends through the courts.