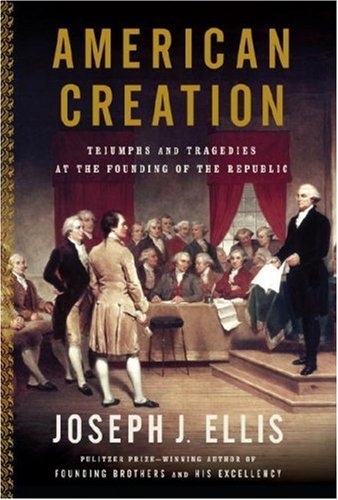 American Creation:Triumphs and Tragedies at the Founding of the Republic

This subtle, brilliant examination of the period between the War of Independence and the Louisiana Purchase puts Pulitzer-winner Ellis ( ) among the finest of America's narrative historians. Six stories, each centering on a significant creative achievement or failure, combine to portray often flawed men and their efforts to lay the republic's foundation. Set against the extraordinary establishment of “the most liberal nation-state in the history of Western Civilization... in the most extensive and richly endowed plot of ground on the planet” are the terrible costs of victory, including the perpetuation of slavery and the cruel oppression of Native Americans. Ellis blames the founders' failures on their decision to opt for an evolutionary revolution, not a risky severance with tradition (as would happen, murderously, in France, which necessitated compromises, like retaining slavery). Despite the injustices and brutalities that resulted, Ellis argues, “this deferral strategy” was “a profound insight rooted in a realistic appraisal of how enduring social change best happens.” Ellis's lucid, illuminating and ironic prose will make this a holiday season hit.