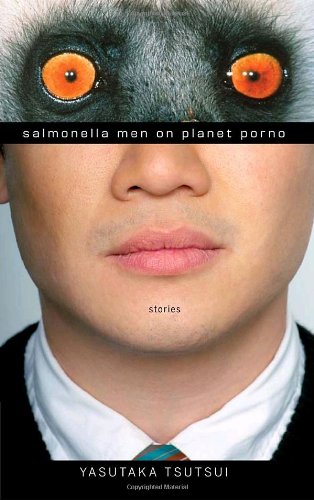 In this collection, his American debut, Tsutsui—recipient of a Chevalier des Arts et des Lettres—amplifies the absurdities of contemporary life to usually entertaining results. In “The Dabba Dabba Tree,” the erotic dreams caused by a phallus-shaped plant create havoc, as sleeping and waking life are confused for both dreamers and nondreamers alike. In “Rumours about Me,” a dull office drone becomes an unwilling celebrity, his every action recounted in breathless detail by the media. Other stories are less lighthearted, such as “Commuter Army,” featuring a weapons supplier in the thick of a foreign war, and “Hello, Hello, Hello!” in which a “Household Economy Consultant” cheerfully insinuates himself into a couple’s life and leaches every small happiness from them. Tsutsui is less interested in his characters than in teasing his ideas out as far as possible. While this technique has its cerebral pleasures and his writing can be humorous, the application of his one-size-fits-all narrative mold grows tiresome.