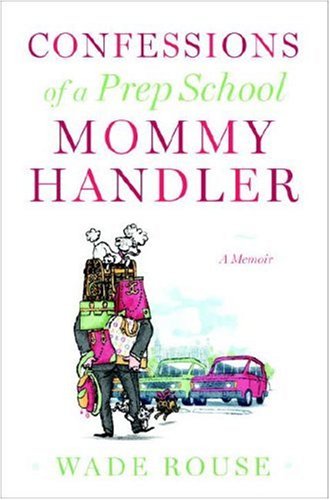 Confessions of a Prep School Mommy Handler: A Memoir

In this memoir showcasing the ugly side of the affluent mothers of the pseudonymous Tate Academy , among the country’s most prestigious prep schools, Rouse, the school’s director of public relations, explains that his job is that of the “Mommy Handler”—keeping the families and benefactors of the institution happy. In particular, he works closely with a woman he calls Kitsy, the head of the parent and alumni committees and the ringleader of a group he dubs the M2s or the “Mean Mommies,” a troublesome squad of beautiful women whose self-appointed job it is to maintain Tate’s legacy of exclusionary ways. The tales of superficial demands and backhanded nastiness, as well as the quest for a standardized idea of perfection portray a scene worse than a suburban PTA meeting of Stepford wives. But Rouse, whose first memoir, , chronicled his life growing up gay in conservative middle America, justifies silently stomaching it all with a candid explanation of his overwhelming need to be accepted by the in-crowd. Rouse’s personal journey toward self-realization is highlighted by moments of compassion for students who are similarly ostracized for not being attractive, athletic or wealthy enough. Sadly, he never actually speaks up for fear of the M2s. Rouse’s writing is fresh and funny, and the stories of Botox parties, catty mothers and manicured pet pups make this an amusing insider look into the opulent lifestyle of prep school families.