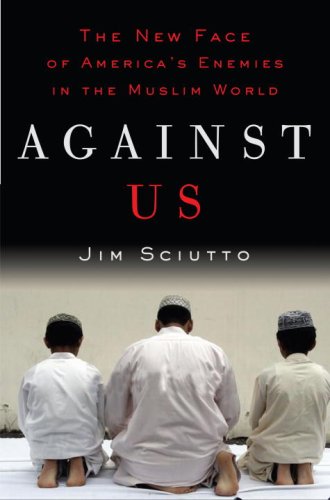 Against Us: The New Face of America's Enemies in the Muslim World

A foreign correspondent for ABC News, Sciutto examines and explains the increasingly negative attitudes toward the United States among citizens of Muslim and Arab countries in this deeply insightful book. Structured around interviews conducted in the Middle East and the U.K., the book offers ample anecdotal evidence to suggest that anti-American sentiment—once the province of fringe groups—has gone mainstream, becoming in effect, a form of Middle Eastern nationalism, uniting moderates and radicals, Muslims and Christians for whom “freedom implies the freedom from American interference.” Sciutto weaves together interviews with historical background, poll data and personal experience in this consistently informative and captivating account. In the strongest interviews, including one with a young, reform-minded Iranian activist and another with an Iraqi doctor, the book sets intense, sometimes horrifying experiences against a complicated and changing political backdrop. The author makes a few amorphous foreign policy recommendations on the basis of his research, but the book is less interesting for what it reveals about American policy than for its empathetic and candid depiction of its subjects and their lives.